As every year in May, st. Joseph’s Senior Home community pays honors to the long-standing tradition of Mary’s Coronation. This ceremony is especially meaningful for the congregation of the Little Servant Sisters whose motto reads “Through Mary to Jesus”.

Devotion to Mary is an essential element of the congregation’s credo, and the sisters do not shy away from spreading the love for Mary among the residents and the whole 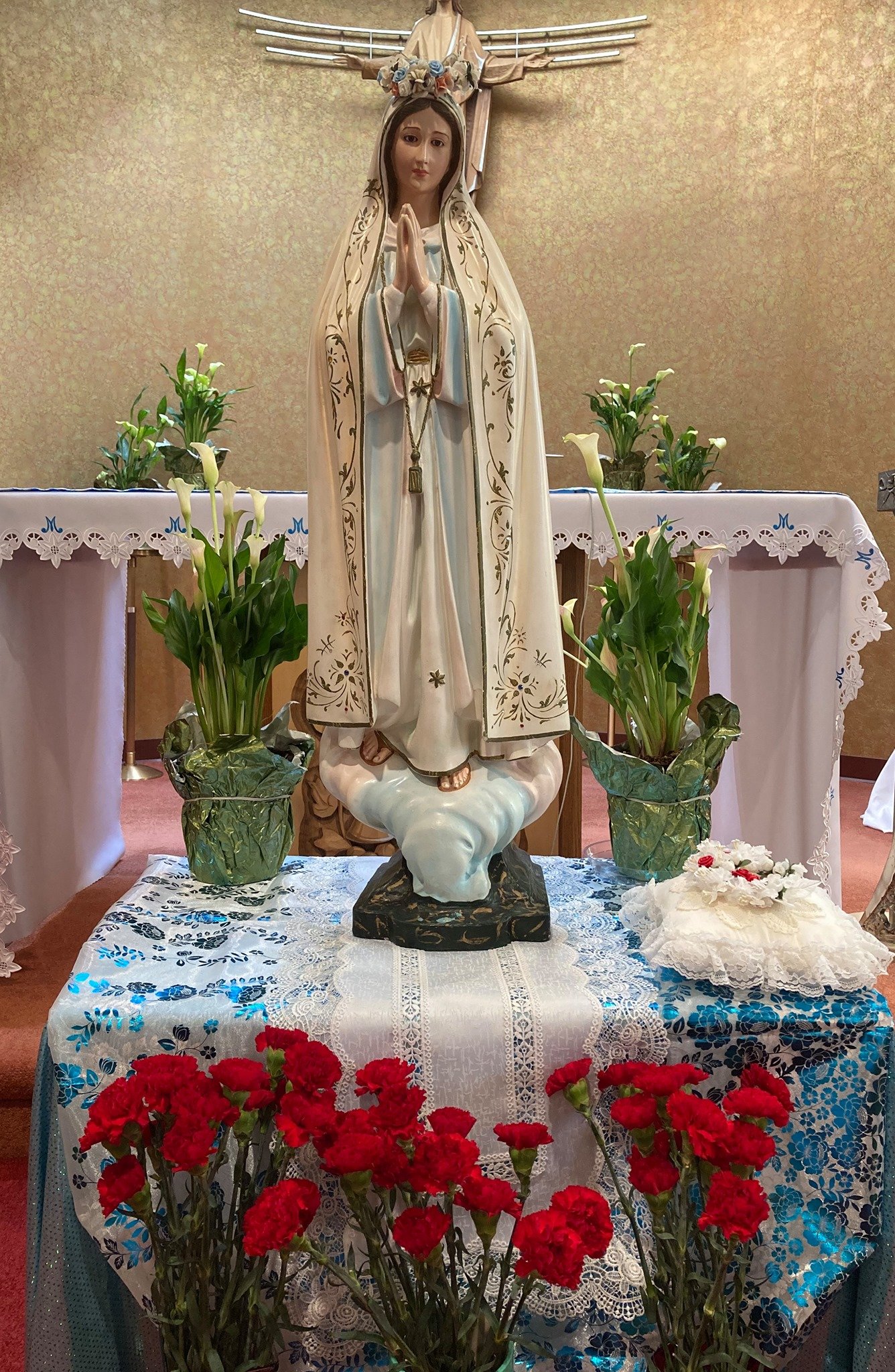 of St. Joseph’s community. Each day, the residents gather in our chapels, and together pray the rosary and worship Mary through music. These gatherings are particularly elevated on Saturdays, various Marian feast days, and throughout the month of May when the residents can attend daily May Devotions to the Blessed Virgin Mary.

Mary’s Coronation is one of the most eagerly awaited ceremonies of the year at St. Joseph’s. Unfortunately, last year, due to the pandemic, the ceremony had to take a different form. The residents had to remain isolated and thus could not come out of their rooms and gather in the chapels for the Coronation. Instead, the figurine of Mary was passed from one resident to another, so that each of them could pay their honors and present the figurine with flowers. Luckily this year, the seniors could come out of their rooms and attend the Coronation with fellow residents and staff. 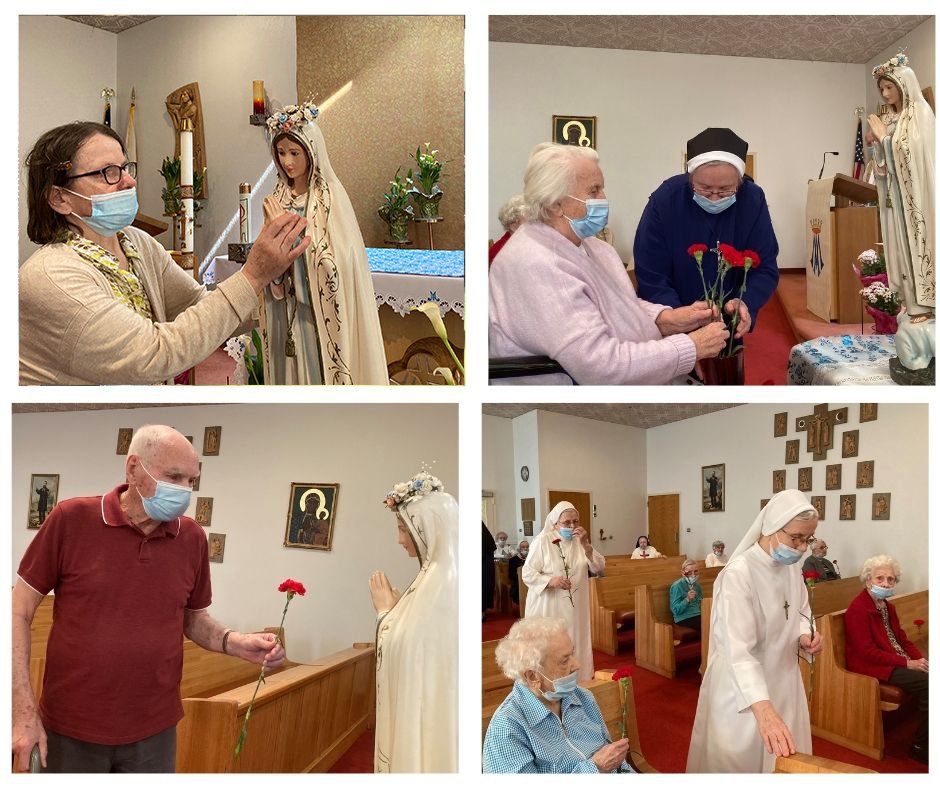 To prevent large gatherings, the residents attended the Coronation in smaller groups. For the residents of Assisted Living, the official ceremony took place in the chapel where one of our residents, Margaret, personally crowned Mary. The residents of the Nursing Home, on the other hand, gathered in the activity rooms, where each of them could individually crown the figurine. During the coronation, the residents worshipped Mary with beautiful songs performed in Her honor. Many of them the residents already knew by heart. The ceremony was completed with the reading of the Act of Consecration to Mary Mother of God. 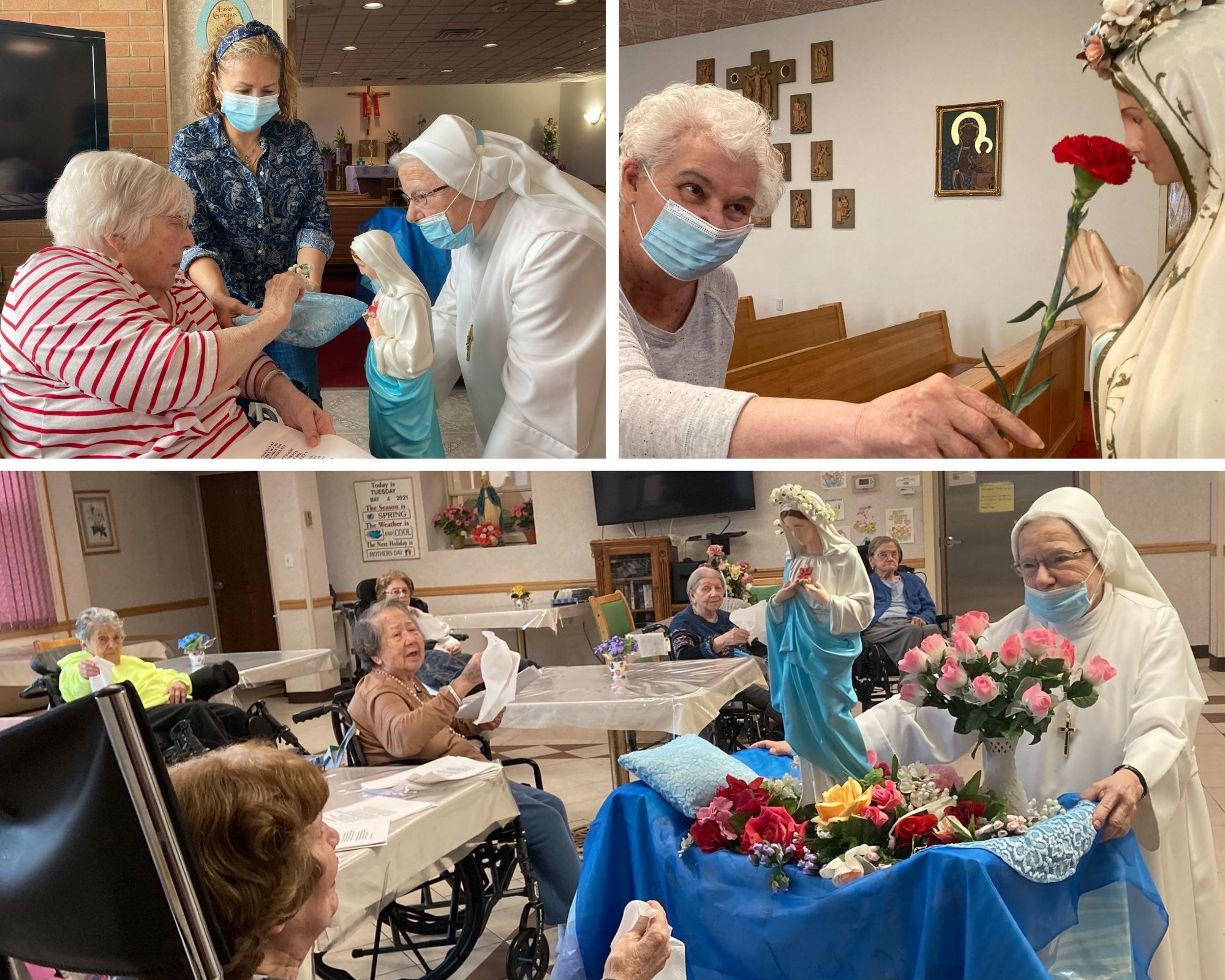 The ceremony was a magical one. The chapel was beautifully decorated and filled with flowers which the residents of Assisted Living laid at Mary’s feet as a symbol of their devotion and gratitude. The residents were happy and deeply touched. Many of them shed tears as they waved farewell to the figure of Mary.

Although farewells were said to the statue of Mary has already left the premises at St. Joseph’s, Her presence is still felt deeply in our hearts. We will continue to devote ourselves to prayer honoring our Lady throughout the year.