“Serve the sick with such love, as you would serve Jesus Christ Himself”

Each year on February 11th, St. Joseph’s community celebrates the World Day of the Sick. This date was designated by Holy Father John Paul II as an awareness day in the Catholic Church, on which believers ought to offer their thoughts and prayers to those suffering from severe illnesses. It was no coincidence that John Paul dedicated this particular day to the sickly, as February 11th is also the day of remembering the first Marian apparition in Lourdes, where many still travel to and pray for miraculous healing. Since John Paul II was himself diagnosed with Parkinson’s disease, a debilitating illness that brought upon him a lot of suffering towards the end of his life, the World Day of the Sick is an especially meaningful day for seniors and for those who devote their lives to serve and take care of them. 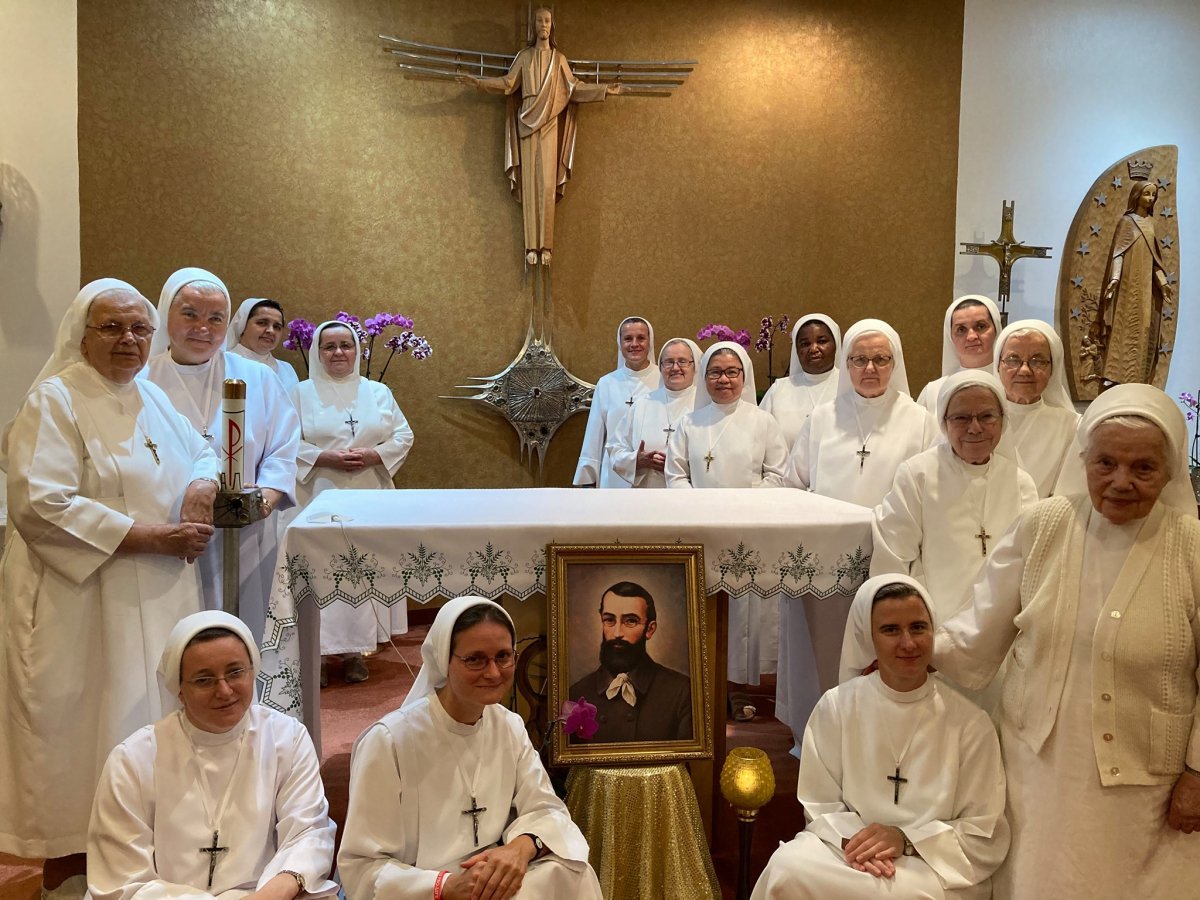 As members of a catholic, senior health community, the Little Servant Sisters are particularly keen on observing the day and recognizing the sufferings of the sickly not only on February 11th but every other day of the year. And while the sisters devote each day to care for the sick and the elderly professionally as health professionals, in doing so they are also concerned about their spiritual welfare and encourage them to pray, to conform to the Will of God, to receive the Sacraments and unite their sufferings with Christ’s sacrifice. In their service, the sisters always strive to be obedient to the recommendations of the founder of their congregation;

“Serve the sick with such love, as you would serve Jesus Christ Himself; try to save not only their bodies but also their souls, edifying them by Christian love and sacrifice out of love for Jesus so that in such a way they would become worthy to have Jesus as the Healer of their own soul and body. Therefore, when the sisters witness the suffering of the ill, may they ponder upon the illness of their own souls and the manner in which they console the sick, so will Jesus console them”. 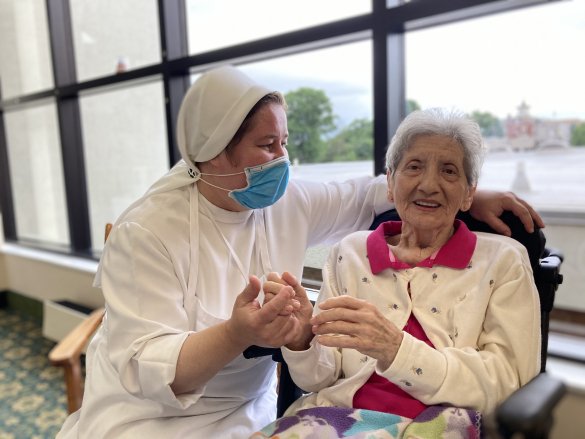 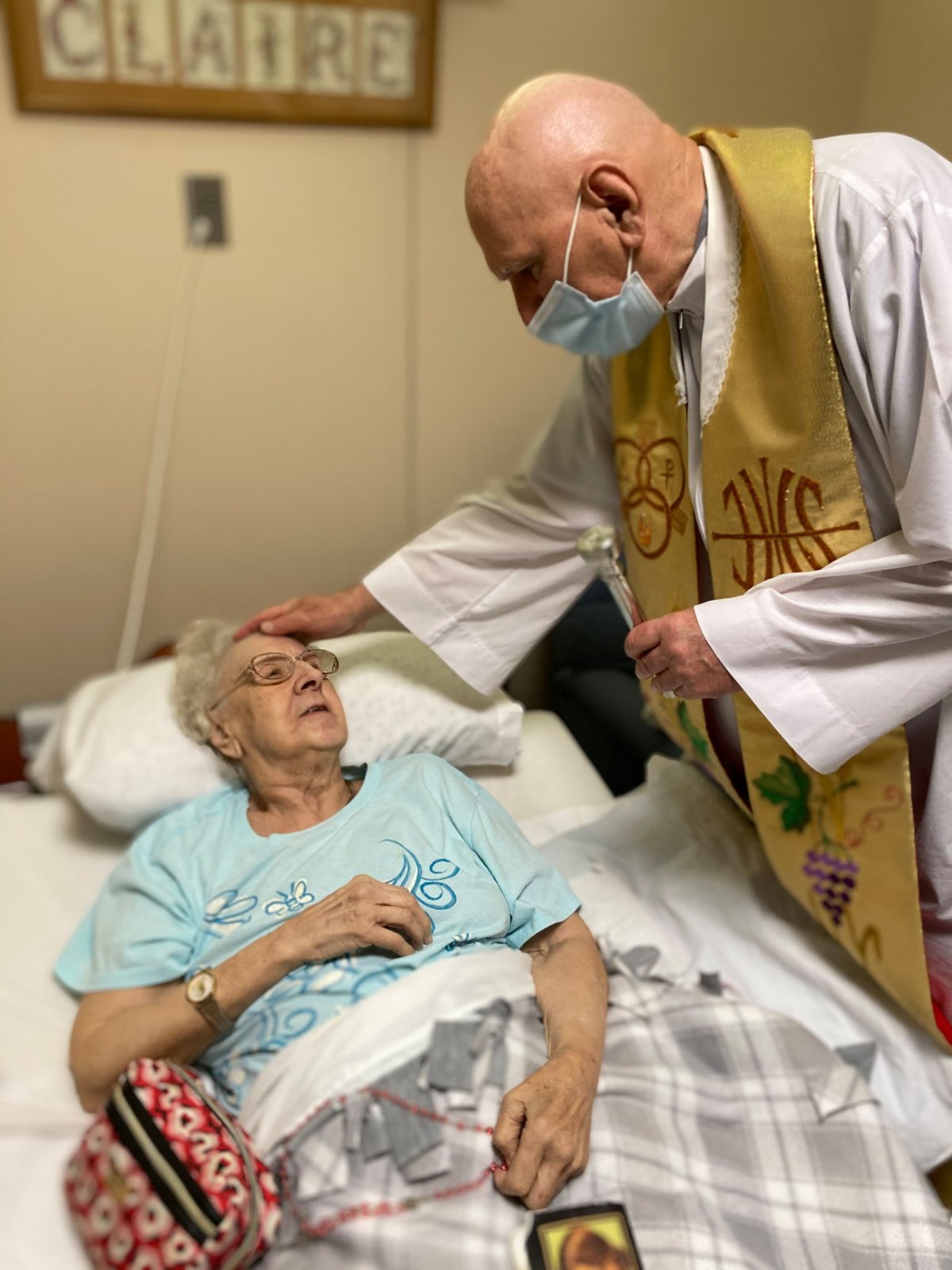 The celebration of the World Day of the Sick carried a particularly great meaning this year, nearly 11 months after the outbreak of the coronavirus pandemic which has brought about some unprecedented challenges for many nursing homes across the US. The caregivers, the staff, as well as the residents have had to adopt some changes in their everyday lives so as to conform to the rigid requirements which must be met to enable the smooth functioning of the facilities. Despite these peculiar circumstances, St Joseph’s Senior Home has continued to provide its residents with invariably good care, both physical and spiritual. Knowing how meaningful it is for our residents to meet with their families, especially those who are in serious condition, we allow for short “comfort visits” before which the visitors are tested and provided with personal protective equipment.

Moreover, on the Day of the  Sick, St. Joseph’s chaplain performed the Anointing of the Sick on the residents who expressed the wish to partake in the Sacrament. Still, the past 11  months have been extremely difficult for the St. Joseph’s community, as many of our residents who had already been afflicted with severe disease prior to the pandemic suffered extreme pain due to the infection. Unfortunately, despite being taken care of and surrounded by the love and prayers of the Little Servants, some of the most sickly residents lacked the strength to fight, and after the evacuation of the facility they passed on.

Although the current situation is still not ideal and we all remain aware of its severity and keep in our prayers those who have suffered due to the virus, we choose to make the most of it and keep a positive mindset. What makes it worthwhile are the smiles brought to the faces of our residents who have recovered from the infection, including that of 86-year-old Elvira Attilio, one of St. Joseph’s residents who after a 32-day hospitalization, during which she suffered enormously, insisted on returning home to St. Joseph’s. Upon her return, Elvira received great care and support from St. Joseph’s staff, and despite the pre-existing illnesses which made her a “high risk” coronavirus patient, she ultimately won the 6-week battle and regained her health (to read more click here). So did 99-year-old Anna Ryniec, or Little Ania – as she is often called by her friends and caregivers at St. Joseph – who bravely fought off the virus, and only a few months after the infection was able to dance and sing and enjoy life, as she is doing to this day.

“Our goal is to help every resident come through this time feeling healthy, cared about, and engaged.” – St. Joseph’s staff

While the World Day of the Sick is intended for believers to offer their prayers to the sick, it should also serve as an opportunity to spread positive stories of miraculous recoveries which give others hope and strength to continue fighting. At the same time, the World Day of the Sick also provides an opportunity to recognize the ministry of health-care workers, hospital chaplains, and all who care for the sick, serving as a reminder that they are carrying on the healing ministry of Christ.

Oh What Do The Sisters and Staff Do?