“Generous persons will prosper; those who refresh others will themselves be refreshed” Proverbs 11:25 NIV

Two years after the initial work on Sister Urszula’s album began, and a few months after its first release, the album had already made enough money to finance the construction of a preschool playground in Gorlice, Poland, where Sister Urszula works as an educator. 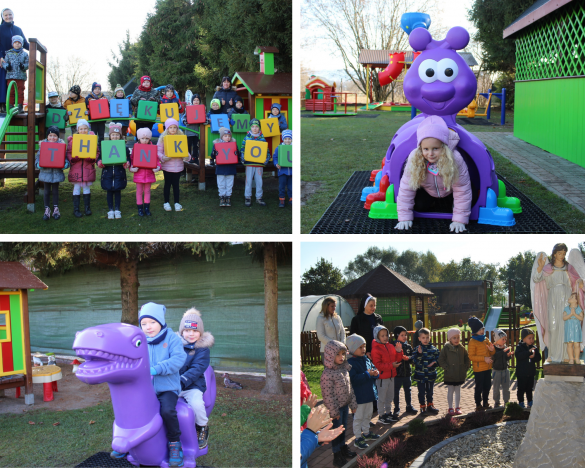 When the idea to record the album first came up, Sister Urszula was hesitant as to whether her album had a chance of getting released. Thanks to the encouragement and financial support of the Little Servant Sisters from St.Joseph’s Senior Home in Woodbridge, it probably would not have happened. Although the Sisters often struggled with their own financial difficulties, they simply could not pass on the chance to help out. Sister Elizabeth provided the necessary funds to commence the recording immediately. 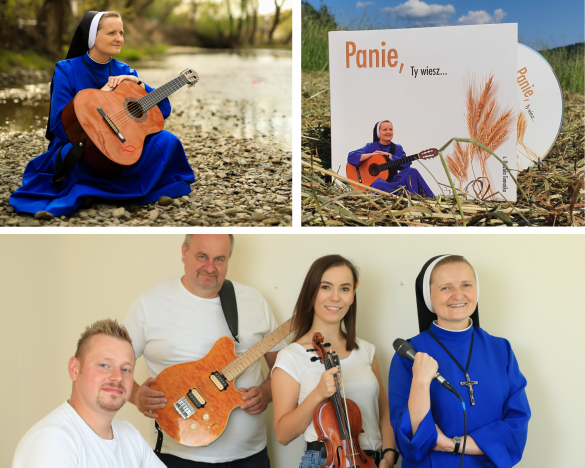 Without the financial support and enormous faith of the Sisters, Sister Urszula would not have taken up this project, and the children would not be enjoying the new playground, funded by the revenue from the sales. The Little Servant Sisters have always engaged in missionary initiatives and have expressed great interest in supporting less financially privileged facilities around the world. They truly believe that those who offer their help to others will be rewarded, and it is this attitude that the Sisters aim to embody in their daily activity.

After the release of the album, the Sisters traveled locally and visited several Polish parishes in the states of New York, New Jersey, and Pennsylvania. The goal of these visits was to promote the album, spread the word about the founder of the Congregation, Blessed Edmund Bojanowski and to speak about their gift of vocation. 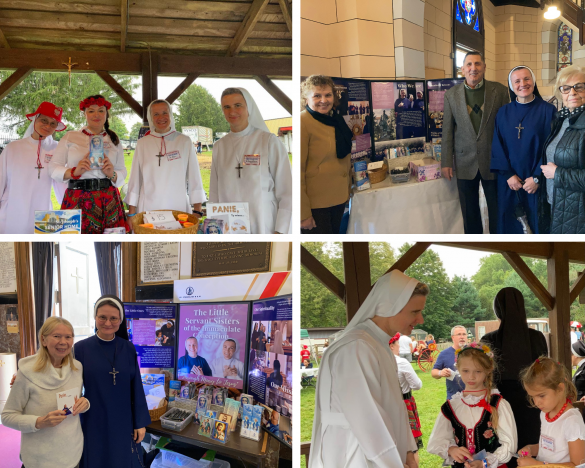 The visits proved to be successful as the revenue from the sales allowed for the construction of the playground in Gorlice much quicker than initially anticipated. The new playground has brought joy to the preschool students. We have received recordings where the children, who belong to the “Butterflies” group, express their thanks, and speak with great enthusiasm about the new equipment which they are already able to enjoy. 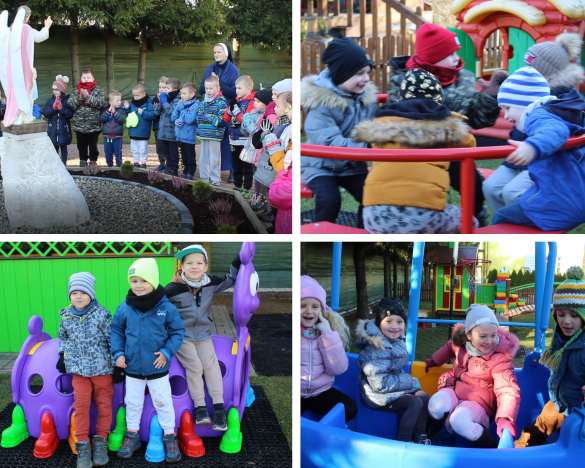 Some of the toys got new names, such as Dylek the Crocodile, Pompus the Elephant, Andy the Dinosaur, and Roki the Cat. Each child has their favorite toys and they all strongly believe that no preschool has toys as good as theirs. The preschool also received a carousel, playhouse, and nest swing. There are renovated gazebos and a fire truck with traffic lights. The joy they are experiencing has extended to other areas of their lives as well. The children know that those who are well behaved and eat healthy things, such as fruit and vegetables, can join the firefighting team. All the children, excited about being a firefighter, are finding the courage they need to try dishes they were afraid to eat before. 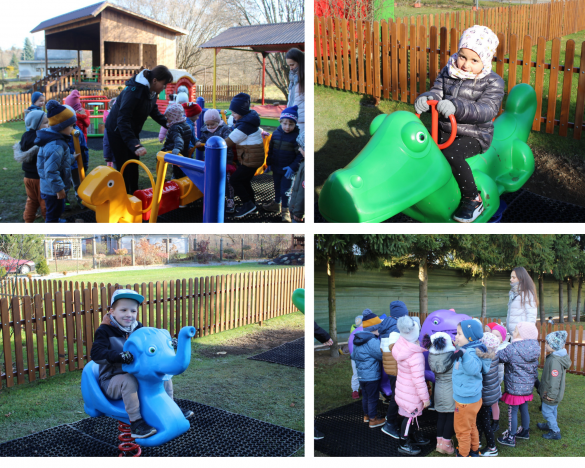 Sister Urszula believes it to be a great miracle of God’s will, because what was once a long-term goal, in fact has become a reality in what seems like an instant. Even more, the donations received exceeded everyone’s expectations. She said: “I am greatly impressed by the goodness of the heart of all the benefactors, happy because of the enormous joy and glitter in the eyes of my pupils and thank God for the great things He does in us and through us”.

We would like to express our deep gratitude to those who have purchased the album, and a special thanks to our Polish speaking employees who also contributed to the cause. We hope that simply knowing how much happiness your grand gesture has brought to these children will bring you comfort and joy.

From the bottom of our heart, thank you! 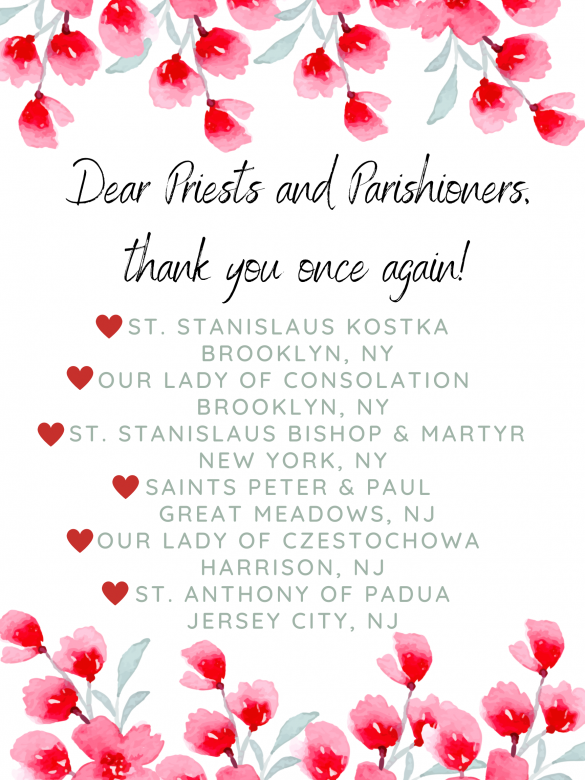 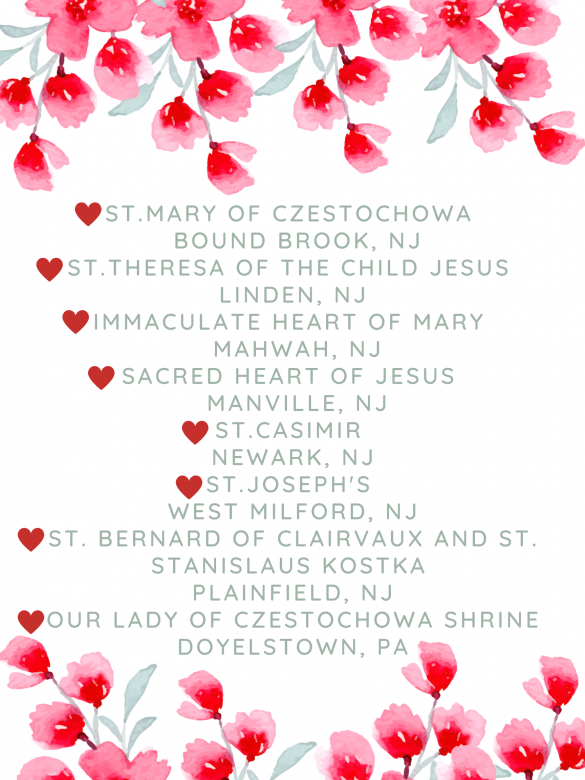